The technology selected will depend on the application, size of the load, acceleration and maximum velocity, angular tell-back accuracy, environmental conditions, cost and other factors. For all the SAP’s, slip ring assemblies, brakes, parking latches, etc can be implemented.

Angular feedback is mainly accomplished with integrated absolute resolvers or optical encoders with tell-back accuracy of up to 0.1 mRad, if required.  For controlling the SAP’s, a range of Servo Amplifier Units (SAU) are used, with peak voltages ranging from 28 VDC to 200 VDC and currents up to 80 A.  Control of the SAU’s are via various serial busses including RS232, RS422 and others.

Geared SAP
Geared SAP’s produces high peak torques with low maximum current, which is achieved with the implementation of a slew gear/planetary gear box or worm gear combination, with typical gear ratios of 60:1 or higher. Backlash will be evident in these positioners.

Typical applications include positioning of large dish antennas which are susceptible to high wind loads, with a relatively low angular accuracy requirement. Geared SAP’s with peak torque of 300 Nm have been produced. 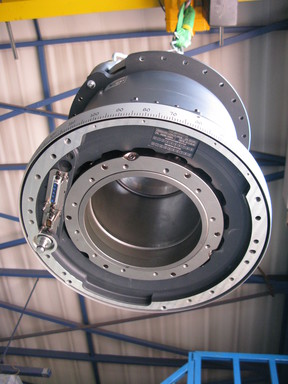 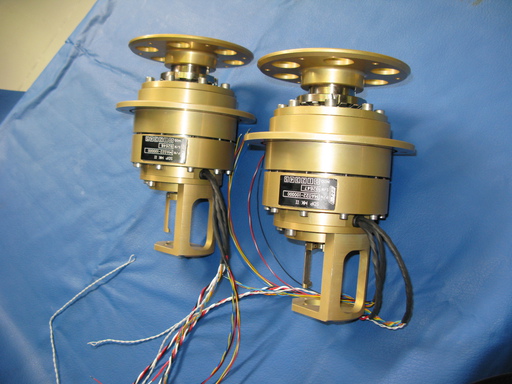 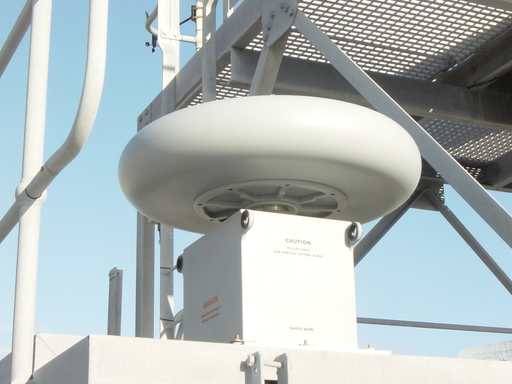 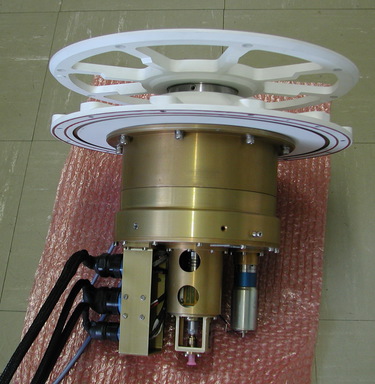 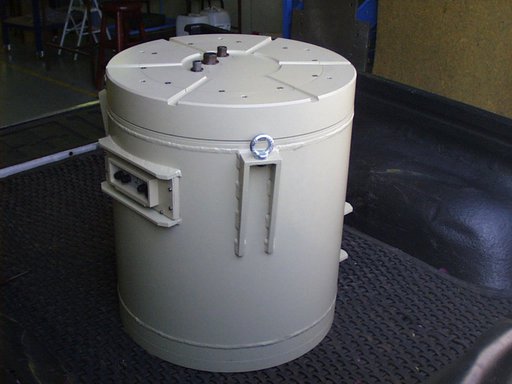 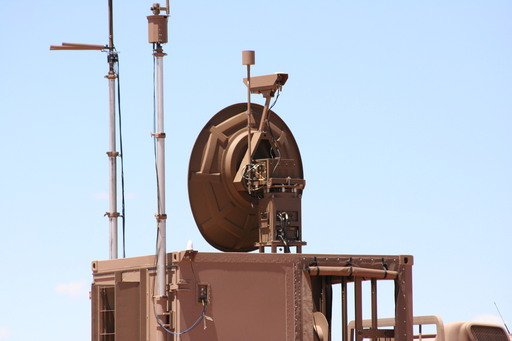 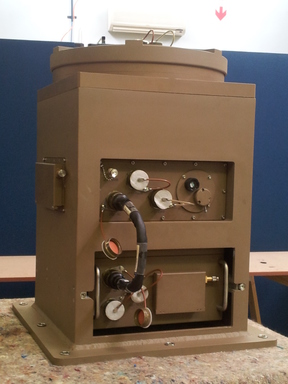